The following appeal first appeared at parti-sosialis.org.
30 Activists from Parti Sosialis Malaysia (PSM) including two juvenile have been charged under the Section 122 of Penal Code (waging war against the Monarch and trying to revive the communist ideology) and are remanded for 7 days for practicing their freedom of expression. If they are charged on this section, then they will be denied bail.
The group were arrested on 25 June at Kepala Batas, Penang while they were distributing leaflets to inform the public in their campaign Udahlah-Bersaralah (It is Enough, Time to Retire) national awareness campaign that PSM recently conducted from 24 to 26 June 2011.
The news of PSM trying to revive communism was based on common t-shirts of left leaders found in the bus carrying the PSM activists. The news that PSM trying to revive communism was the major story in all the local mainstream media and it is meant to create fear on an imaginary enemy – a tactic used commonly in the past to crackdown on activist.
Read more »
Posted by People's Liberation Party - Indonesia at 23:04 No comments:
Email ThisBlogThis!Share to TwitterShare to FacebookShare to Pinterest

Political Committee of the Poor (KPRM) Indonesia give our fullest support for immediate release of 30 PSM activists who had been arrested and detained under Penal Code 122 ( waging war againts the Agung ) since last Saturday (25th June) as they were taking part in the campaign "Udahlah ...Bersaralah BN..." (Enough ...Retire). We are agree that this arrest as part of the government crackdown of Bersih* rally and demonise the PSM activists. From news updates we're following from PSM facebook two hours ago, the detainees family under attack from UMNO (the rulling party) thugs.
From the news released by comrade Kohi, the police are treating the detainees very badly where women detainees complained to lawyer of being kicked and punched. Also police are taking video of women detainees changing clothes and ask women detainees to change when male police are present. Also, police are denying
OUR SOLIDARITY SUPPORT FOR DETAINED 30 PSM ACTIVISTS IN PENANG.
Only determined struggle will win! Our fullest support for your struggle and consistency.
Zely Ariane
International Affairs KPRM-PRD Indonesia
*It is a campaign to create awareness and to rally the people to make changes and also to promote the BERSIH Rally on 9/7/2011.

Posted by People's Liberation Party - Indonesia at 22:55 No comments:
Email ThisBlogThis!Share to TwitterShare to FacebookShare to Pinterest

Ari Saputra, Jakarta -- Students and workers have again demonstrated against the draft law on state intelligence (RUU Intelijen Negara), this time by covering their bodies with white paint and chaining their hands together to symbolise the shackling of freedom should the draft intelligence law be ratified by the House of Representatives.

"There are articles in the draft intelligence law that are a threat to the freedom of expression and organisation. Such as intelligence [personnel] having the right to make arbitrary arrests and the lack of any control mechanism or clarification with regard to people who are arrested", said action spokesperson Mutiara Ika Pratiwi during a break in a demonstration in front of the Jakarta Legal Aid Foundation (LBH) office on Jl. Diponegoro in Central Jakarta on Thursday June 23.
Read more »
Posted by People's Liberation Party - Indonesia at 21:31 No comments:
Email ThisBlogThis!Share to TwitterShare to FacebookShare to Pinterest

Indonesia: Government regulation on female circumcision must be repealed 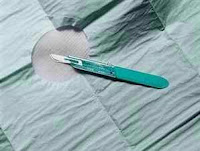 The new regulation legitimizes the practice of female genital mutilation and authorizes certain medical professionals, such as doctors, midwives and nurses, to perform it. The new regulation defines this practice as "the act of scratching the skin covering the front of the clitoris, without hurting the clitoris". The procedure includes "a scratch on the skin covering the front of clitoris (frenulum clitoris) using the head of a single use sterile needle" (Article 4.2 (g)). According to the new regulation, the act of female circumcision can only be conducted with the request and consent of the person circumcised, parents, and/or guardians.
Read more »
Posted by People's Liberation Party - Indonesia at 21:22 No comments:
Email ThisBlogThis!Share to TwitterShare to FacebookShare to Pinterest

Jakarta -- The government is still dealing with problems by military means (securitisation, use of extraordinary means in the name of security) in attempting to overcome problems in Papua. But instead of resolving the Papua problem, securitisation is instead the trigger for even more widespread human rights violations. Ironically, despite the securitisation that is taking place in Papua, its status is not one of martial law or civil or civil emergency.

Securitisation is an assessment of a situation or problem where the state uses the military to resolve a problem. "There is a bias towards using the military. As if by using the military, the Papua problem will be resolved", said Indonesian Human Rights Watch (Imparsial) Program Director Al Araf in Jakarta on Thursday June 2.
Read more »
Posted by People's Liberation Party - Indonesia at 13:20 No comments:
Email ThisBlogThis!Share to TwitterShare to FacebookShare to Pinterest

Electoral participation could drop to 60 percent by 2014

Jakarta -- The number of floating voters is tending to increase. This can be seen not just from the decline in participation levels in elections between 1999 and 2009, but the political parties in general would be unable to hold on to their constituents if an election was held today.

This was revealed by Indonesian Survey Institute (LSI) researcher Saiful Mujani on Sunday May 29 in Jakarta. The participation levels in elections between 1999 and 2009 have declined. If this trend is linear, in the next five years participation levels will decline to 60 percent. The decline in electoral participation of 20 percent in just a decade, according to Saiful, indicates the weakness of the relationship between the political parties and their constituents.
Read more »
Posted by People's Liberation Party - Indonesia at 07:18 No comments:
Email ThisBlogThis!Share to TwitterShare to FacebookShare to Pinterest
Newer Posts Older Posts Home
Subscribe to: Posts (Atom)