Harian Jogya - April 27, 2012Komite Rakyat Bersatu: 164 Warga Jogja Dukung Kenaikan Harga BBM - Harian Jogja. Jumat, 27/4/2012.Akhirul Anwar/JIBI, Jogja -- Scores of people from the United People's Committee (KBR) held an action in front of the Beringharjo Market on Jl. Ahmad Yani in the Central Java city of Yogyakarta on the afternoon of Friday April 27.The protesters brought a banner with the message: "Plenary Meeting: Lies, the price of fuel and staple goods will still go up, people of Indonesia, let's unite and seize power for prosperity", referring to the House of Representatives meeting last month that postponed the planned fuel price hikes.
Read more »
Posted by People's Liberation Party - Indonesia at 21:06 No comments:
Email ThisBlogThis!Share to TwitterShare to FacebookShare to Pinterest

Kompas.com - April 26, 2012Konflik Agraria: Dua Percent Penduduk Indonesia Kuasai 56 Percent Aset Nasional - Kompas.com. Kamis, 26 April 2012 <>Khaerudin, Nasru Alam Aziz, Jakarta -- The disparity and gap between those who are rich and poor in Indonesia is clearly illustrated by data on the control of national productive assets.Only 2 percent of the Indonesian population controls 56 percent of the country's productive national assets. Of this 56 percent, eighty-seven percent is in the form of land.
Read more »
Posted by People's Liberation Party - Indonesia at 21:00 No comments:
Email ThisBlogThis!Share to TwitterShare to FacebookShare to Pinterest

Read more »
Posted by People's Liberation Party - Indonesia at 11:36 No comments:
Email ThisBlogThis!Share to TwitterShare to FacebookShare to Pinterest Jakarta Globe - April 12, 2012Dessy Sagita – The strong prevailing patriarchal culture is being blamed for the country's high maternal death rate, with some pregnant women missing out on urgent medical care because of a need for consent from a male relative.Wendy Hartanto, the deputy chief for population control at the National Family Planning Coordinating Board (BKKBN), said that many pregnant women who needed emergency assistance did not receive help because they could not get approval from their husband or father fast enough.
Read more »
Posted by People's Liberation Party - Indonesia at 23:04 No comments:
Email ThisBlogThis!Share to TwitterShare to FacebookShare to Pinterest 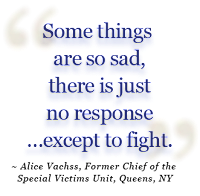 Survivors of sexual violence in Indonesia face an uphill battle in recovery as a result of an inadequate legal system, police inaction and prevailing societal attitudes that tend to be suspicious of victims, activists say.

Survivors are often reluctant to come forward because of attitudes within the family. Herna (not her real name), 27, was abused by her mother's partner between the ages of 9 and 16 but her family did not fully understand her trauma.
Read more »
Posted by People's Liberation Party - Indonesia at 10:43 No comments:
Email ThisBlogThis!Share to TwitterShare to FacebookShare to Pinterest

Democratic freedoms are increasingly under attack in Sri Lanka. In a climate of intense chauvinism, critics of the government and its increasingly authoritarian and repressive policies are more and more threatened. Even journalists who have already been forced into exile are targets of threats and smear campaigns. Government members have personally called for violence against media personnel that have raised criticism of the Sri Lankan government or that have drawn attention to violations of Human Rights in the country.
Minister Mervyn Silva, in a public rally, threatened to 'break the limbs' of government critics Sunanda Deshapriya, Nimalka Fernando and Pakiasothy Saravanamuttu. He also claimed responsibility for an attack on the former president of the Sri Lanka Working Journalist Association (SLWJA), exiled journalist Poddala Jayantha, who was abducted and had both legs broken by his abductors. On a later occasion, Silva suggested that 'traitors should be executed'.
Read more »
Posted by People's Liberation Party - Indonesia at 16:22 No comments:
Email ThisBlogThis!Share to TwitterShare to FacebookShare to Pinterest

Compilation of news & analysis on the drama of fuel price hike

Price of fuel in Indonesia may still be going upJakarta Globe - April 2, 2012Agustiyanti, Rizky Amelia, Arientha Primanita & Ezra Sihite -- Indonesia can increase the price of subsidized fuel as early as next month if the Indonesian Crude Price hits $135 per barrel in April, ministers said on Sunday.The House of Representatives on Friday rejected the plan to raise the price of Premium subsidized fuel from Rp 4,500 to Rp 6,000 (50 cents to 65 cents) beginning on Sunday, but instead approved a conditional increase.
Read more »
Posted by People's Liberation Party - Indonesia at 16:47 No comments:
Email ThisBlogThis!Share to TwitterShare to FacebookShare to Pinterest

News compilation of the people's resistance against fuel price hike

Fuel price-Protests continue, Makassar still on alertJakarta Post - April 1, 2012Medan/Makassar -- Rallies against the government's fuel-price plans continued in several cities across the country on Saturday with the protesters targeting lawmakers.The fuel-price hike that prompted nationwide rallies by university students and other civic groups over three consecutive days will not take effect on April 1 as initially sought by the government.However, the protesters appeared to be irritated by the prospect that the hike would probably be unavoidable after lawmakers concluded their plenary session after midnight on Friday.The protesters in Medan and Makassar were adamant on Saturday they rejected the hike, now or in the future. "We're against the fuel-price hike at any time. That's nonnegotiable," rally coordinator Jumeida said in Medan.
Read more »
Posted by People's Liberation Party - Indonesia at 16:44 No comments:
Email ThisBlogThis!Share to TwitterShare to FacebookShare to Pinterest 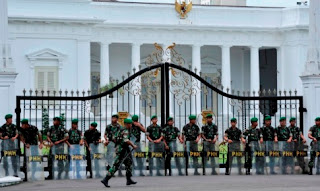 Markus Junianto Sihaloho -- The government has added a last-minute provision to the bill on social conflicts that would give the military a greater role in resolving such issues, reversing an earlier pledge to curtail the military's
involvement in this regard.

Eva Kusuma Sundari, the chairwoman of the House of Representatives special committee deliberating the bill, said on Thursday the proposed article was introduced just as the committee ironed out two final points of contention ahead of the bill's expected passage next week.
Read more »
Posted by People's Liberation Party - Indonesia at 16:19 No comments:
Email ThisBlogThis!Share to TwitterShare to FacebookShare to Pinterest
Newer Posts Older Posts Home
Subscribe to: Posts (Atom)